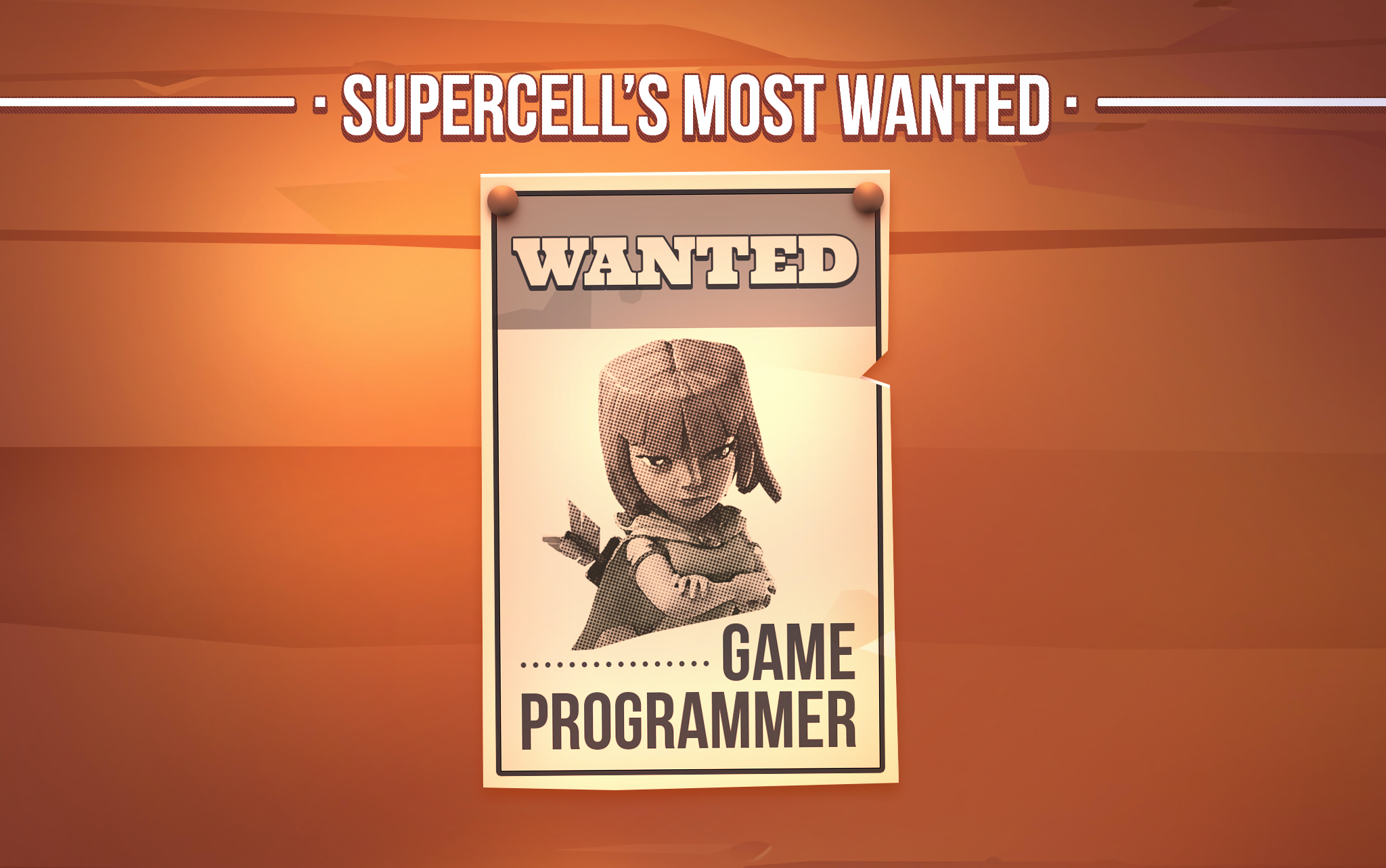 At Supercell, client programmers are gameplay masters. Beyond building tech, they wear designer hats and make a ton of calls on what goes into, and what doesn’t go into, games. With constant development of both live games and prototypes, game programmers have a ton of responsibilities here, and we’re looking for the best of the best… the type of programmers we can build entire game teams around.

One of the most important aspects of a game programmer’s job at Supercell is the ability to communicate and share our work between projects. If one game team creates something cool, we often use or repurpose that in another game. Part of your role will be to effectively collaborate and share knowledge among the rest of the team.

We are looking for an experienced Senior Game Client Programmer who is self-motivated, goal-orientated and a strong team player. You take pride in your work, and know what it means to take responsibility and deliver quality focused products. You enjoy working in a dynamic and agile environment. You have the knowledge and ability to visualize how things should work, and how to translate this into a functioning solution.

About Supercell
We are a game company based in Helsinki, Finland, with offices in San Francisco, Seoul and Shanghai. Since our launch in 2010, we've released five games globally – Hay Day, Clash of Clans, Boom Beach, Clash Royale and Brawl Stars.
To make five games, we've killed dozens along the way. That's because we're obsessed with quality. Our goal is to make the best games – games that are played by millions, enjoyed for years and remembered forever. To achieve this goal, we create the best possible teams and give them the freedom and independence that are core to our success. Read More
About Shanghai studio
As Supercell’s first ever international game development studio, the Shanghai studio is one of the most exciting things happening in Supercell and a unique opportunity to join at a relatively early stage to help shape our path. Our vision is to be a world-class international studio, making new global hit games; whilst leveraging the unique advantages of the game development scene in China and broader Asia.
You might love it here...
If you love to think, talk, play and make games, Supercell is the place for you. We're made up of proactive, independent teams with the freedom to do what they think is best for their players, our games and the company at large. We know that it takes more than just independence to make great games, so we also take very good care of our people – providing them with the compensation, work environment and resources they need to succeed. Read More
This position is in Shanghai, but you're not?
Luckily, moving to Shanghai is easier than you might think. No matter where you would be moving from, our dedicated people will help you from beginning to end. We're here to make sure the process is as smooth as possible for you, your family and whoever and whatever you're bringing along. Read more